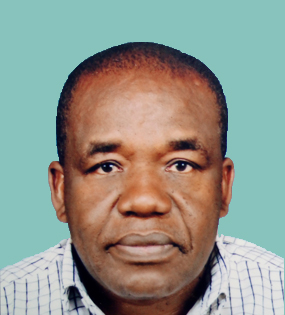 Dr. Joseph Ndunguru, a Plant Molecular Virologist, working for the Tanzania Agricultural Research Institute (TARI) as a Center Manager of TARI Mikocheni Centre based in Dar-es-Salaam, Tanzania. Dr Ndunguru is the principle investigator of several Research projects including the regional coordinator of one project entitled Disease Diagnostics for sustainable Cassava Productivity in Africa co-funded by the Bill & Melinda Gates Foundation and DFID, a project implemented in Tanzania, Kenya, Uganda, Rwanda, Malawi, Mozambique and Zambia. Dr. Joseph Ndunguru received several research awards including a Presidential medal award Scientific Discoveries and Research Excellence. Dr. Joseph Ndunguru is an Adjunct Professor at the Nelson Mandela African Institute of Science and Technology. Dr. Joseph Ndunguru also is the National Agricultural Biotechnology Research Coordinator in Tanzania. His research interest and passion is to ensure that biosciences play a big role in bringing about crop productivity improvement in Africa. In the past 10 years he has been working on biology of viruses causing diseases of various crops such as vegetables such as beans, cowpea, tomato and okra; oil crops such as sunflower, root crops such as sweetpotato and cassava; fruits including papaya and grain crops (maize and wheat and barley).  Dr Ndunguru also has been involved in the development of novel crop disease diagnostic tools including a portable DNA sequencer that is going to talk about today.