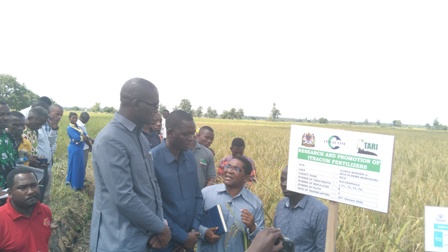 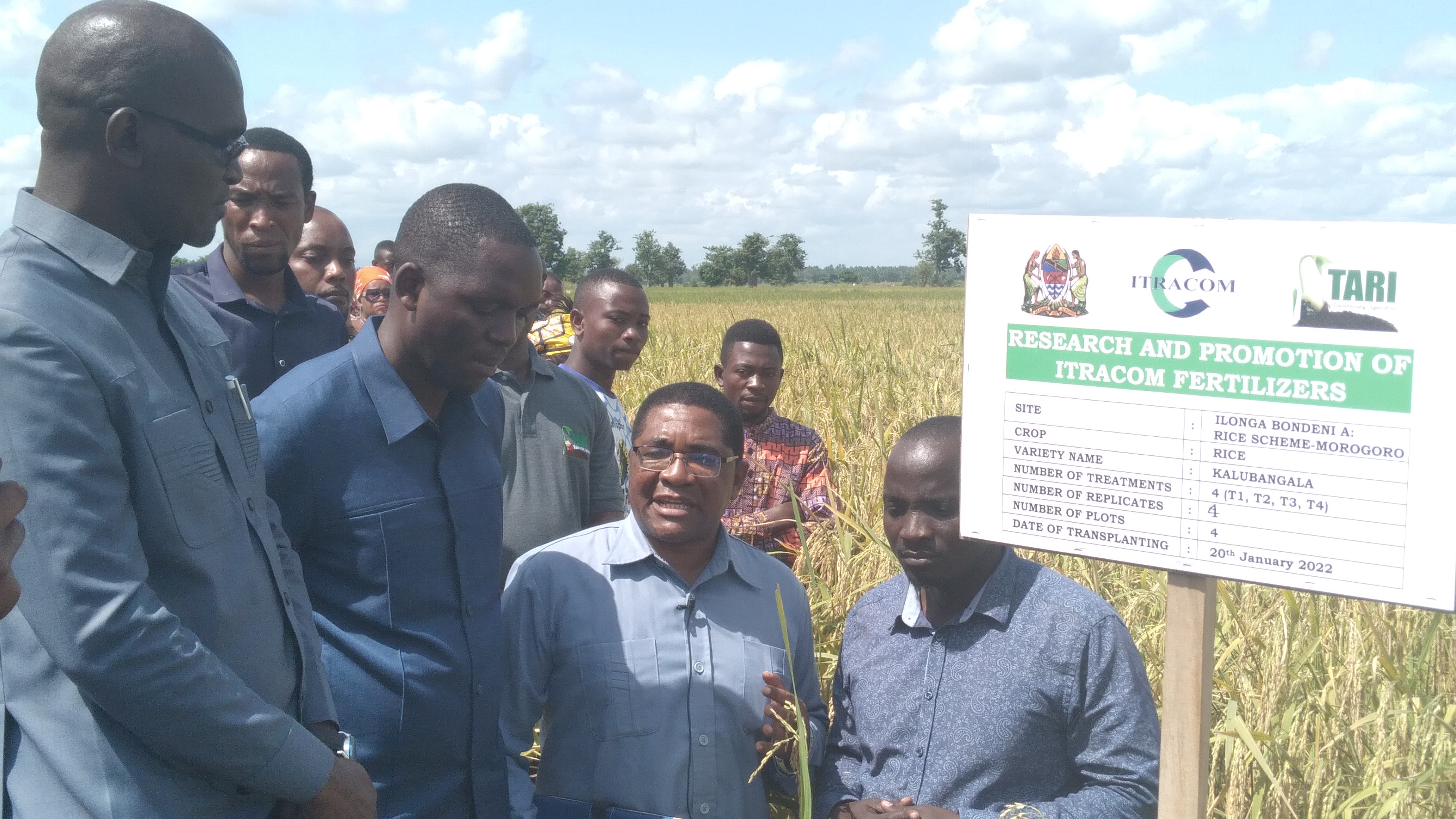 TARI Ilonga conducts Farmers Field Day on evaluating the performance of FOMI OTESHA and FOMI KUZIA fertilizers from ITRACOM Company  on rice and other crops production. The event was held on 19 May 2022 at Ilonga Bondeni Irrigation Scheme  in Kilosa  Morogoro Tanzania, where demostration plot was established. The guest of honour was the Kilosa District Commissioner, Hon. Majid H. Mwanga (left in grey).

Speaking at the event, Hon. Mwanga  echoed Government of  Tanzania's strategies to make sure that farmers have access to  fertilizers to improve crop productivity. He also asked ITRACOM to sell their fertilizers  at an affordable price when production starts full scale  by July 2022.

In the event, a total of 100  farmers (59 Male, 41 Female) attended.   Famers were highly moved by the field performance of crops which were produced by applying  ITRACOM fertilizers as could observe  in the demonstration plot.  ITRACOM is expecting to produce approximately 600,000 tons of fertilizers annually from the  Factory which is under  construction in Dodoma City. Fertilizers annual demand in the country is estimated to be  700, 000 tons (TFRA, 2022). 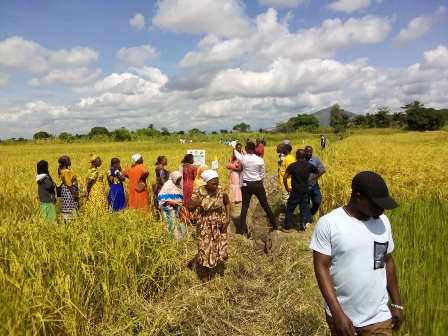 Famers  evaluating the performance of ITRACOM fertilizers  at  the demonstration plot